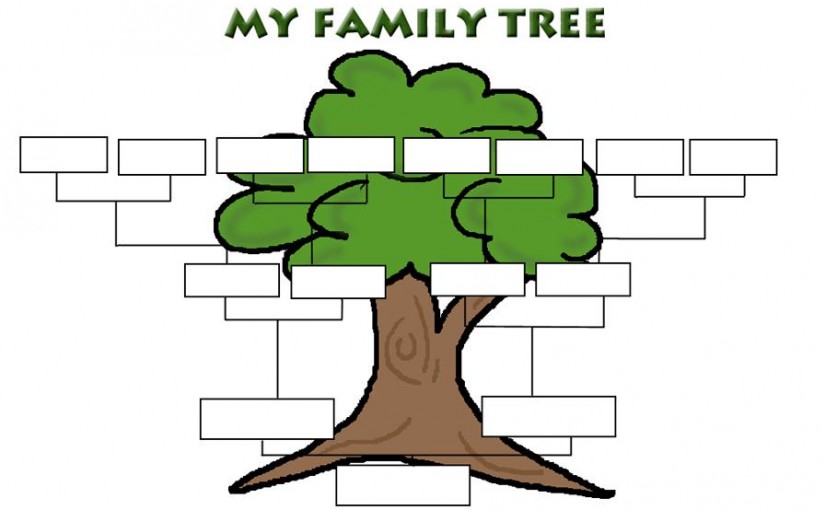 My name is Tracy and I have the most wonderful family in the world on both my mother (Wegley) and father’s side (Richardson).  Simply put, this website is where I talk about the interesting things I find while doing my own genealogical research. This website documents members of my family tree.

But more than just showing a family tree of sorts, I want to put together the stories behind the names and dates … well … as best I can.  And that is what I am going to do here at this website.

I have learned so much through this experience and it has really brought me closer to all of the family members that are still alive and well.

One of the neat things I found was about the naming tradition in our family for females.  I always knew that you name as on after his father and son on.  But in our family it’s not uncommon (well back then not now) to name daughters after the mother.  Say her name is Jennifer Marie and she had 5 daughters, they could be named like Jennifer Ann, Jennifer Jane, Jennifer Jessie and so on.

Growing up I was always told that on my father’s side we were Irish.  Turns out that wasn’t true at all.  The Richardson family wasn’t from Ireland, they were from England – actually Wales.  They weren’t even a little bit Irish.  I’ve traced that part of the family now through at least 20 generations, still no Irish ancestors.  Perhaps as I keep going along, I will find them.  But for now at least I can confidently say my paternal side of the family did not immigrate from Ireland.  They weren’t poor Irish farmers either.  They had a fancy family pedigree in England that includes more branches of the Royal family than I care to count.  Oh yes, a Count or two as well.  🙂

On my mother’s side I was told we were Germany, pure and true.  But turns out not so much.  While it is true the Wegley’s were from Germany, their line also had many solid branches in England and some in Sweden. Okay sure most of them came from Germany, but there are some side branches.

The more I learn about my family and watch the twist and turns the branches make, the more interesting this whole project is to me.

Our family tree includes everything from farmers and factory workers to British Baron’s, Earls, Knights, and Queens.  While it may not mean much in everyday life, it’s still fun to be able to stay you were a direct descendant of royal blood through several branches and across multiple generations.

Something I really liked to learn about were the stories behind the names.  I loved to know more than just their first and last name, date of birth and death.  I wanted to know about their lives and the places they lived.  Luckily with the power of the internet, in so many cases I can do that.  I can see the houses they lived in or the place they went to church.

Some advice I can give anyone who is interested in learning about their family tree is to start simple.  Write down the names, (first and last legal names), and the date of birth of every member of your immediate family.

But that doesn’t mean you shouldn’t at least try and get as much information as you can from your living relatives.  The more they give you the more it will help you.  Just don’t guess.  If you aren’t sure then it’s better to not put anything.  My mother was sure my father’s mother was born in Oklahoma but she wasn’t sure the town.  She thought it might be Claremore but it turns out it wasn’t.  Instead of just guessing I only put Oklahoma and because I didn’t put the wrong information, the hints let me to the right answer.  Had I put the wrong answer the computer might have gotten confused and thought they were not the same people and never have given me access to her birth records.

Another great tip I learned using ancestry.com is to investigate sub-branches of your family tree.  If you have some information about say your grandmother and grandfather but not too much else to go on, start looking into their brothers and sisters.  There could be someone else out there related to them and they could have done extensive work on their family tree and as a result, it can give you some missing information for your other grandmother and grandfather you might not have had before.  Sibling sub-branches are an amazing source of information!  Plus they are your family too, maybe you aren’t directly descended from them but they are blood relatives too, after all … so what does it really hurt to get to know a little more about them?

When I first decided I wanted to learn about my family tree, namely on my paternal side, my most wonderful grandfather sat me down to teach me some of the things he learned from the 20 years he spent doing his own.  He did his research by hand during the 1970s and 1980s – a long time before they had things like the internet and automated records.

The number one thing he taught me was to use common sense.  “If it doesn’t make sense then it’s not a genealogical fact”.  For example, if you know a person was born in 1935 then how in the world could their mother be born in 1943?  Thanks to the wonders of sites like ancestry.com (and the like), it makes creating your family tree so simple.  But don’t take other people’s word for things blindly.  USE YOUR BRAIN.  If some fact doesn’t make sense then edit it out of your tree.  Do you really think your grandmother had 9 kids all named John David who all happened to be born int he same year?  Of course not!  That’s just silly.  Edit out all those duplicate entries and just keep the one.  Keep your tree clean and as accurate as you can.  If you aren’t sure — don’t guess.  If you are presented with two different dates, use the one you have and put the other as an “alternative fact” until you can find out for sure.

And most importantly, read the associated source documents yourself.

If you know for a fact your grandfather was white and had only 1 kid then if you read the census record to see the man with the name and and perhaps close location to your grandfather but he is black and has 3 kids.  Then guess what … that isn’t your grandfather so take that record out of your tree and move on.  You only want things you 100% know to be true (or as close to 100% as possible).

Next, don’t assume others know everything.  Sometimes you really have to do the work yourself.  I was looking for a very distant relative.  134 other people it shows have been doing similar research.  Not a single one had the name of this person’s father.  I could have given up and was like okay guess that is the end of the line but I’m persistent.   I knew somewhere out there had to be some document that at least hinted to who this guys parent were.  Sure enough in the source files about this family member, it had a record of his Baptism and in that named his father and the date and location, the Baptism took place.  It was so simple.  This whole time it was there.

Be careful about duplicate records.  After you update each and every person you always want to click back on overview and make sure that you don’t have duplicate entries.  If you’ve gotten hints or help from other family trees than most likely you are going to find this to be a problem.  It may not seem like a big deal early on but trust me when I say, way down the line it could be a huge deal and if you try and go back and clean it up then it could cut off branches in your tree that you spent hours and hours and hours researching.  So long story short, KEEP YOUR TREE CLEAN EARLY ON!

Another tip I have is … just because someone says something, it doesn’t make it true.  If you want to know if you have a 3rd cousin named Daniel, start digging into historical documents.  It’s okay to use other family trees as a reference but check the historical documents and source files yourself.  People are human, they are going to make mistakes and the only way for your family tree to be accurate is if you make sure that you check source files.

My last and final tip is to use name variations.  Wegley, Wagerli, Wagerline, Whegley, Weigley are all the different ways I found to spell the same last name and for those family members in question, I use each of these spellings under the alternative name section.  That has been amazingly helpful in finding historical documents online.  In some cases, they might be So and So Wagerli while the next document might list them as So and So Wagerline.  So if in doubt, always include every single variation of the name you find, every time and forever in the continuation of that line.  If will make your research so much easier.