John Wesley Wegley was born on June 29, 1858 in Indiana, Pennsylvania and he died on December 15, 1927 in Shade, Somerset, Pennsylvania.

He married Helen Elizabeth Bessie Swanson (who was from Sweden) and together they had at least 8 children.

Here is what we can say for sure. John Wesley Wegley died when he was 69 years old. We know this because we have an actual copy of his death certificate. 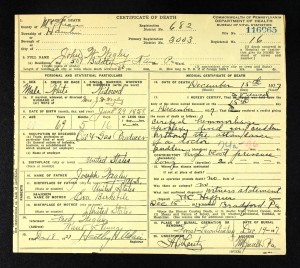 It verifies that he died on December 15, 1972 from a cerebral hemorrhage, due to high blood pressure. In other words, he died from a stroke.

The death certificate also shows us that his father was Joseph Wegley and his mother was Eva Berkible.

This is important because when tracking John Wesley Wegley we must remember there is another man at that time also named John W. Wegley who was married to a Sarah Wegley.

Our John W. Wegley was married to Helen Elizabeth Bessie Swanson also known as simply Bessie. During the 1920 John Wesley was 62 and his wife Bessie was 54.

By the way the house at 507 Biddle Street still exists to this day. It was originally built in 1890 and today is a 2,258 square foot single family home.

I’m not sure how accurate this record is, but apparently in November of 2013 someone bought the home for $19,000. Looks like it went up for public auction on September 29, 2013. The owner at the time “Erma” had lived there for more than 50 years prior to the sale. 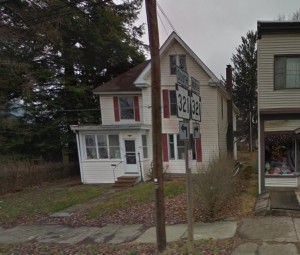 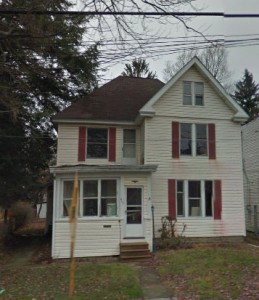 The auction listing states the home is a 6-bedroom 2-story home with two kitchens (former 2 apartment), 2 full baths, full basement, detached 2 & 3-car garages. That sounds like a lot for a house that is less than 3k square feet but that’s what it says.

It probably doesn’t mean anything but I did find it interesting nonetheless.

John Wesley was eventually buried in the Forest Lawn Cemetery in Kane, Pennsylvania.